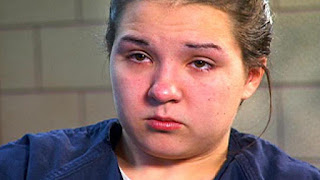 In 2007, Jennifer Mee was just an ordinary girl from Florida when at 15 years old she rose to fame as the “Hiccup Girl.” Mee, starting hiccuping one day and couldn’t stop.The young girl became a celeb of sorts because we all know how much America likes to makes stars out of nothing. Then on March 1 2007, the hiccuping just stopped and with it, the sudden fame slowly faded as well. The young girl would disappear into the vastness that is old news as the next human interest story would soon hit and be the next big thing. However the 15 minutes of fame would not disappear quietly as so often is the case but come around again.  In 2013, Jennifer Mee would once again make headlines but for very different reasons.