97. The Disappearance of Jack 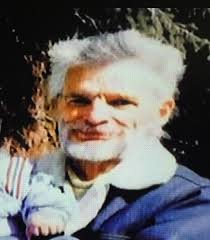 It is October 3, 1999, when Lt. Cliff Mathews reports to a nearby residence to take a report about a missing man. A young woman answers the door and informs the officer that 71-year-old Jack Irwin has not checked in with anyone and it had been several weeks since she had heard from him. The woman explained that she had only known Jack for about 7 months. During that time, she would help Jack around the house like cooking and cleaning as well as run errands. She tells the officer that she last saw Jack when she dropped him off at the Metrolink station at 5 pm on Sept 13. She explained that Jack was going to take the Metrolink into LA where he was going to catch another train from Los Angeles to Seattle. The story only gets more strange from here.

Join Jen and Cam on this episode of Our True Crime Podcast as we discuss ‘The Disappearance of Jack.’

As always, our friend Edward October from @octoberpodVHS does our listener’s discretion at the top of the pod.

All of our episodes are edited by the amazingly talented (and recently award-nominated) Nico from @wetalkofdreams.  He also does all the original music and is our executive producer too.