Day Nine and we are taking a plane flight to Zama City,  Japan which is a suburb of Toyko and also home to the United States'  Camp Zama Army base.  The story begins with two investigators from the Metropolitan Police Department's Personal Safety-related Case Comprehensive Countermeasures Headquarters and Takao Station. This unit, which usuallt dealt with stalking, had a much different case on this day in October of 2017. A report had been made about a missing woman who was supposed to met a man she had been speaking to on Twitter and had not been seen since departing to meet him.  Police approach the apartment, and, after a knock on the door, a young man answered. When asked if he knew where the missing woman may be, he replied that he did not know. An astute investigator looked beyond the man and noticed a woman’s purse in his apartment. The investigators didn’t have to pressure him for long about the whereabouts of the missing 23 year old. Minutes later he calmly pointed to a freezer and simply said, ‘in there.”  What the investigators could not yet know what just how many bodies they would soon discover. 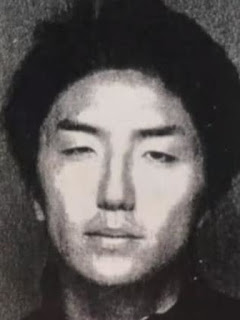 Join Jen and Cam on day 9 of Our True Crime Podcast’s the 12 Nightmares Before Christmas as we discuss ‘Twitter Killer: Takahiro Shiraishi.’

That snappy holiday jingle that warns you not to listen if you have a weak heart, that is our very own reindeer Edward October from @octoberpodVHS.

All music is from St. Nico of @wetalkofdreams. He is such a saint to deal with us, we made him our executive producer too.