Before you listen to this particular episode, I wanted to mention that the perpetrator in the case targeted sex workers many of whom were indigenous women struggling with addiction and/or mental health issues. According to www.statista.com, in 2018, the rate of homicide victims among women in Canada was more than six times higher for the indigenous population. Often, victims of violent crimes, Indigenous people are twice as likely to suffer a physical assault, and three times as likely to become victims of robbery and sexual assault compared to their non-indigenous counterparts.  If you would like to find out more about Missing and Murdered Indigenous Women and Girls, please visit.amnesty.ca or kairoscandada.org.
Robert William Pickton was a Canadian farmer who, along with his brother, would run the farming business after his parents passed away. The men had some success with the farming but Robert's greatest legacy had nothing to do with farming. This is a grotesque story about a man who would ultimately be responsible for a series of missing women and the horror they must have endured.

Join Jen and Cam as we discuss 'The Pig Farmer: Robert Pickton' on this episode of Our True Crime Podcast.
Giant Thank YOU to Ryan @JonesAndJonesy for this listener submission.
Listener discretion is always voiced by the incredible Edward October from @octoberpodVHS
The show's music and executive producer is the fabu Nico @wetalkof dreams 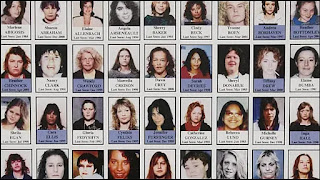