On September 20th, 2014, dog walker Barbara Denham entered the walled graveyard of St. Margaret of Antioch church in Barking, London. She saw a young man sitting up against the cemetery wall amidst the ruins of the old abbey. As Ms. Denham approached, the young man never reacted or indicated that he heard her or the collie. Hesitantly, she walked over and found that twenty-one-year-old Daniel Whitworth was dead. Ms. Denham immediately phoned the police saying, “I was the same woman that found the other body a few weeks ago. I found another young boy.” 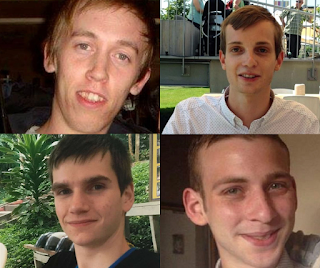 Join Jen and Cam as they talk about how the murderous and lascivious behavior of Stephen Port would go unchecked by authorities. The investigation has been described as "One of the most widespread institutional failures in modern history" In fact, had it not been for the sisters of his last victim, Jack Taylor, he would have likely continued killing.

Thanks to the OTCP team Listener Discretion by Edward @OctoberpodVHS. You can find him on all your podcast apps or at https://www.youtube.com/c/octoberpodhomevideo Producer and theme music by Nico Vettese wetalkofdreams.com Researched and written by Lauretta Allen