117. The Life of Leasure and Murder: Bill Leasure

Police were trying to bust a ring of thieves who were stealing yachts and then selling them. The detectives had received information that a yacht by the name of La Vita was stolen and was going to be docking nearby at Marina Bay Yacht Harbor in Richmond, just north of San Francisco.
Detectives were waiting for this yacht to pull in and when it did, they wanted to have a little chat with the crew, in particular, a man by the name of Robert Denzil Kuns who they believed was involved in this. As the yacht pulled in, a man jumped out to tie up the boat. He was not Robert Kuns but another man by the name of William Leasure, an LAPD officer.  Detectives were shocked to find one of their very on board but this was just the beginning of the end for Officer William Leasure in a shocking tale with a few surprises. 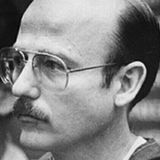