Cody Legebokoff was born on January 21, 1990. He was raised in Fort St. James, a district

municipality characterized by severe, snowy winters and short summers on the southeastern shore of Stuart Lake in British Columbia. Cody grew up hunting for grouse and fishing for trout with his family, with whom he had a close relationship. Cody was into country music and dirt biking. He played minor hockey and soccer and competed on school downhill skiing and snowboarding teams. When he graduated from Fort St. James Secondary School in 2008, Cody spent a brief time living in Lethbridge, Alberta, before moving back to British Columbia and settling in Prince George, about 100 miles southeast of Fort St. James, working as a mechanic for a Ford dealership. Cody is presented as a “perfectly normal” young man, described by family and friends as popular, friendly, sociable, and kind-hearted, showing no propensity for violence. For these reasons, the residents of Fort St. James were left shocked and in disbelief when, after a routine traffic stop in November 2010, Cody was found to have committed a brutal murder. The discovery of this murder was just the start and would eventually lead to Cody Legebokoff being named one of Canada’s youngest serial killers. 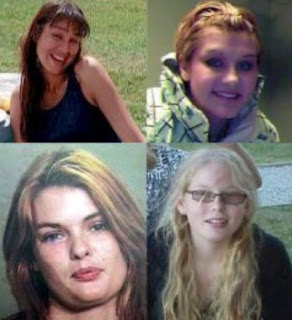 Written and researched by Kira Ackling

“Loren Leslie Murder: Where is Cody Legebokoff Now?” - The Cinemaholic

“For family of missing and murdered woman, violence has historical roots” - Alaska Highway

“The victims of alleged BC serial killer” - The Globe and Mail

“‘A slap in the face’: serial killer moved to medium security” - National News