In the small town of Cloudcroft, located in a mountainous region of New Mexico, rumors began to surround a seventeen-year-old girl named Sheila Simmons. It was 1981, and most 17-year-old girls were excited about watching music videos on the newly launched 24-hour music channel MTV, reading Teen magazines, dressing in the latest fashion trends, and taking over the landline to chat with each other about their day and other important things. But Sheila's reality was, tragically, much darker. Shy, ashamed, and threatened into silence, she finally admitted her secret to a school counselor after much pressure: she was pregnant. What's more, the father of her unborn child was also the baby's grandfather, 40-year-old Ronald Gene Simmons. When he learned he was being investigated by authorities, Simmons felt betrayed. In a letter discovered almost a decade later, he warned his daughter, quote, "You have destroyed me, and you have destroyed my trust in you…

I will see you in Hell."

Little did anyone know, things would only get worse from that moment on. 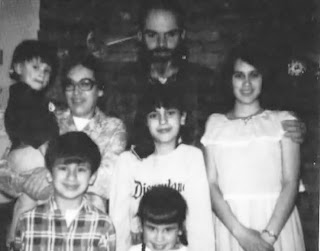 Researched and Written by Jesse Hawke