On day 5, we are headed to Lewistown, Idaho. It is also home to Lewis and Clark State College, where 21-year-old Kristina Nelson was a student in 1982. Kristy, as her friends and family call her, was a bright, articulate student studying business. While not attending classes, she enjoyed her passion for painting. She started a job as a custodian at the Lewiston Civic theatre to get to know more community members. Kristy’s step-sister, 19-year-old Brandy Miller, also worked at the theater with Kristy. Just like Kristy, Brandy was artistically inclined. On September 12, 1982, Kristina left a note for her boyfriend, who would be coming over later to hang out with them, and she didn’t want him to be confused when Kristy and Brandy were not home. The two needed to go to the store to pick up a few snacks for the night. The note assured him they would be home soon. Plans changed as Kristy’s boyfriend got home from work and fell asleep instead of going to hang out with Kristy. The following morning, he headed to Kristy’s apartment and found no one home. He did see the note from the night before on the table. Not thinking much of it, he went on his way. However, when the day came and went, the following day, having still not heard from her, he went to the Lewiston theatre and learned that she had failed to show up for work. In fact, none of Kristy’s friends had seen her at all. Kristy was very responsible, and her friends knew something was wrong. The boyfriend went to the police to file a missing person report for Kristy and Brandy. 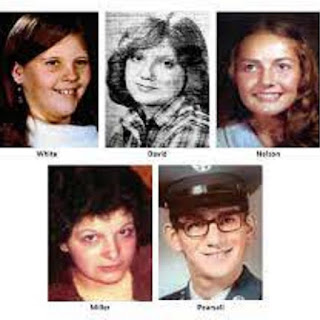