12 Nightmares Before Christmas Day 3 The Wrath of Orion 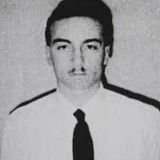 A local constable had pulled over to take a break and do some paperwork and while he was parked, a woman comes running up to him. She was in a panic and barely able to get her words out.  She kept saying they are dead, they are all dead. She begged the officer to come with her.
They arrive to a house and find a scene right out of a movie.  While barely clinging to life,  a woman who had been stabbed and would later be identified as 73 year old Virginia Critchley, was able to give some information about who carried out this massacre.  She whispered, 'two boys.’  It was a clue but how these two boys were connected would take awhile to figure out and leave several devastated.

Join Jen and Cam today as we discuss The Wrath of Orion, the third day in The 12 Nightmares Before Christmas,
Holiday Listener Discretion is by the Very Merry Edward OctoberpodVHS @octoberpodVHS.
The music you are hearing is by Santa’s favorite, Nico from @wetalkofdreams.