65. The Killer and the Bobby Soxer: Thora Chamberlain 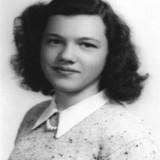 ***Jen says the name Thomas McGonagall.  It is actually  Thomad McMonigle. We have found article stating both names, but McMonigle is the the correct one.  Jen must watch too much Harry Potter***

By mid 1945, World War II was over and service men were headed back home.  Men in uniform were held in high regard for their bravery overseas.
Teenage girls were called Bobby Soxers for their penchant for wearing short socks with loafers or saddle shoes while swooning over the handsome new crooner named Frank Sinatra.
One such Bobby Soxer stood in front of her school, anxiously awaiting to cheer for her high school football team, when a man in a uniform pulled his car over to ask a question.

Cam and Jen wish a warm welcome to our new researcher and writer Lana McCall.  This is her first episode of hers we have done.  She is fantasic!

o  http://bit.ly/33ODhNe Santa Cruz Sent Aug 1957this has a great pic of him- he looks like Scarface.